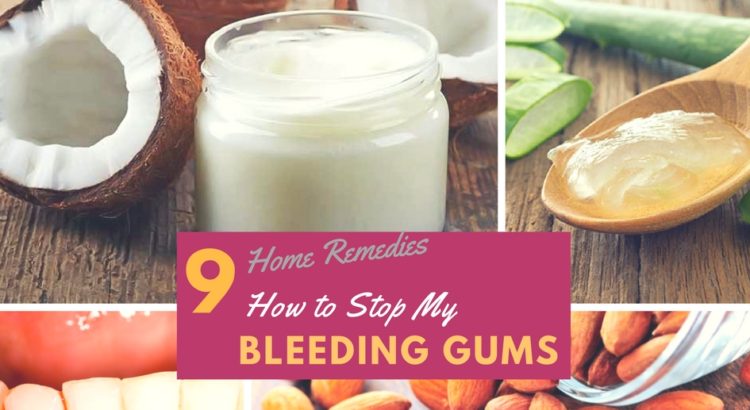 Healthy gums look pretty pink look firm, While gum with gingivitis condition you could see redness, swelling and blood spots on your apple bites as inflamed gums bleed easily. Most common reason for inflammation is poor oral hygiene which takes you to dental plague and results in gingivitis(1).

There is a small pocket between your teeth and gums (gingival sulcus), bacteria work in the plague and release endotoxins. These react with your immune system and which in turn causes gingivitis. Better we have to start at this stage to seek a cure, as this attacks support tissue and gets deeper towards jaw bone.

Applying home remedies to cure bleeding gums is preferable for the most of the sufferers, as it treats the problem more delicately and cures in a painless way, without any medicated side-effect.

Here we are referring the paramount home remedies for curing bleeding gums and treating gum impurities naturally. Note them down carefully-

Aloe vera is a boon herb that is loaded with various magical effects and skilled in the treatment of several health disorders. The richness of antiviral, antifungal and antimicrobial properties make this ingredient so much effective on the gums problems(3).

The anti-inflammatory compounds of this herb soothe the gum inflammation, while the high mineral contents cure the main cause behind the bleeding gums and give you relief you from any type of bad breath. The powerful medicinal agents and enzymes found in aloe vera, not only cure the bleeding gum problems but at the same time, prevent them from hitting back again on your gums! Let’s find out how to apply this super effective thing on your gums- 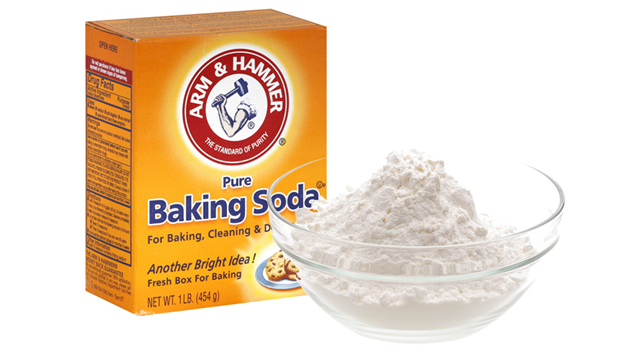 Baking soda is another good ingredient to use against infected gums. The medicinal properties found in baking soda diminish the formatting plague in your mouth and prevent the gum diseases from turning uncontrollable. This bicarbonate soda balances the pH level of our mouth, reduces the acidic content from our gums, whitens teeth, and wipes out the odor of bad breath expertly. The alkaline properties of this product fight the bacterial effects on gums, kill the fungal infection and heal the gum impurities wonderfully. Let’s check out how to apply baking soda to cure bleeding gums easily- 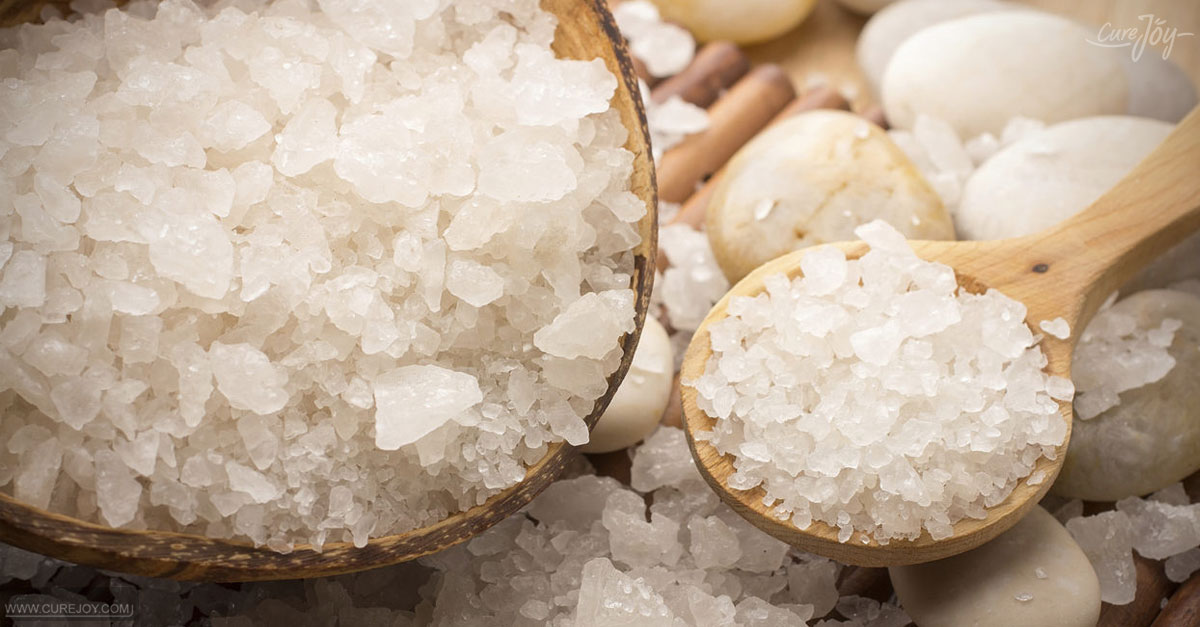 Epsom salt is a magnificent method to use in the treatment of swollen gums or bleeding gums. It is rich in antibacterial agents that fight the bacterial effects in our gums and soothe inflammation of bleeding gums effectively. Epsom salt mostly uses with warm water that is also very much effectual on bleeding gums and increases the power of this organic salt more vigorously(wp). Let’s find out how to use this salt in the curing process of bleeding gums effortlessly- 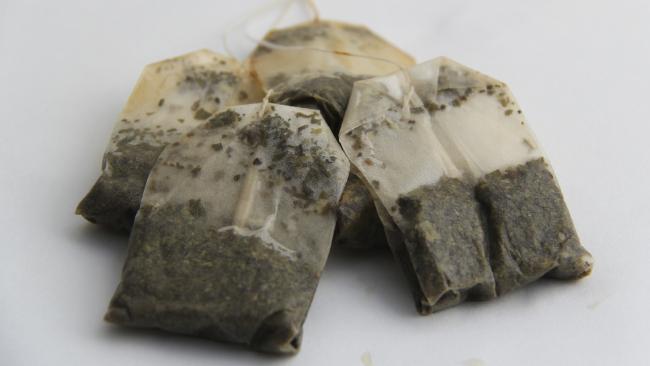 Using tea bags to treat bleeding gums is a brilliant idea indeed, as these ingredients are packed with hemostatic compounds named tannins, which are skilled in the prevention of gum bleeding.

These properties are basically an astringent that shrink the tissues in your gums and avert from bleeding. Also, the antiseptic properties found in such bags, kill the bacterial effects in our mouth and soothe the gum pains effectively. Let’ find out how to use tea bag(wikihow) in the reduction or curing process of bleeding gums-

Mouthwash is the best ingredient to treat the problems of mouth or gums, and it is not exceptional here as well! Most of the mouthwashes come with ant-gingivitis quality that prevents the gum bleeding and wipe out the bad breath effortlessly.

When the other remedies need to repeat on the infected area, mouthwashes start showing their effects after one application! Try to use those products which are merged with herbal or organic ingredients with medicinal properties to get the best impact on your swollen gums.

Listerine, Colgate, Natural Dentist Healthy Gums, Hexidine, etc. are some recommendable items here. You can find such items on any medical stores near you, but firstly, let’s check out the using process precisely-

6. Use a Homemade Coconut Oil Paste: 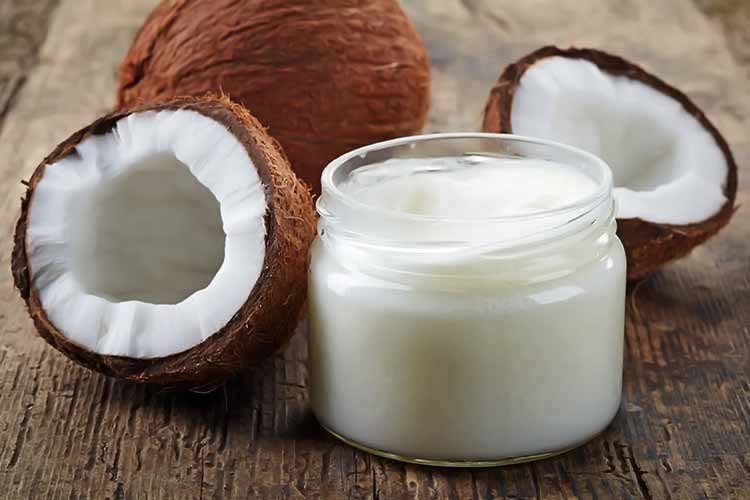 Coconut oil is the most healthy oil we have around, which is loaded with various medicinal properties and skilled in treating several health disorders effortlessly.

The antibacterial, antiviral and antifungal properties of this healthy oil fight the cavity, heal the gum impurities and prevent bleeding effectively. Coconut oil is also recommended for the most hygienic compound to use for mouth cleaning.

The richness of anti-inflammatory properties of coconut oil soothes the gum irritation while applying on the infected area and heals the gum soreness effectively. Let’s check out how to use this thing on bleeding gums- 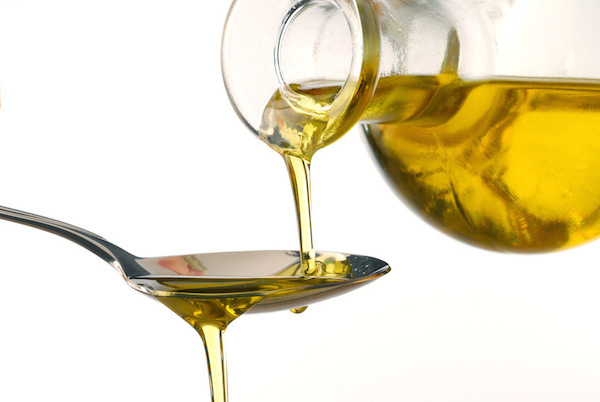 Oil pulling is a renowned and one of the most effective methods to cure your swollen gum problem naturally. It is one of the ancient processes as well that not only cure your bleeding gums problem but, at the same time solve several mouth disorder proficiently, whether it is bad breath, cavity, tooth sore, the plague of gums or pain of wisdom tooth. Try to select your oil vigilantly to get the utmost outcome of this method on your gum problem. Coconut oil(6) works extraordinarily in this matter, apart from that sesame oil, peppermint oil, mustard oil, etc. are some preferable oils here. Let’s discover how to oil pull your mouth to treat bleeding gums normally-

8. Drops of Essential Oils on Gums:

Essential oils are rich in anti-inflammatory properties that help to treat several cell impurities efficiently. The therapeutic and medical compounds found in such essential oils are skilled in combating various gums problems like a cavity, soreness, bad breath and high bleeding.

The best part of using essential oils to treat mouth problems is that they leave an aromatic flavor in your mouth that combat the signs of bad odor for long. Also, the medicinal enzymes soothe the gum pain instantly. 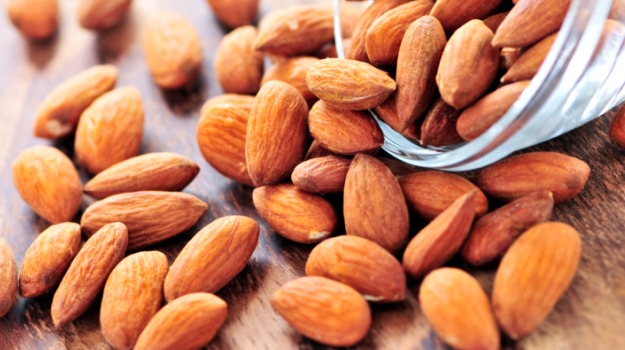 Some foods play a significant role to in this curing process of bleeding gums and heal the gum impurities proficiently(7). These types of super foods mostly cure the affectivity on gum problems by resolving the cause of it from is root. Let’s check out what kinds of foods are skilled in the healing process of swollen gums naturally-

Reasons: Why do I have bleeding gums? 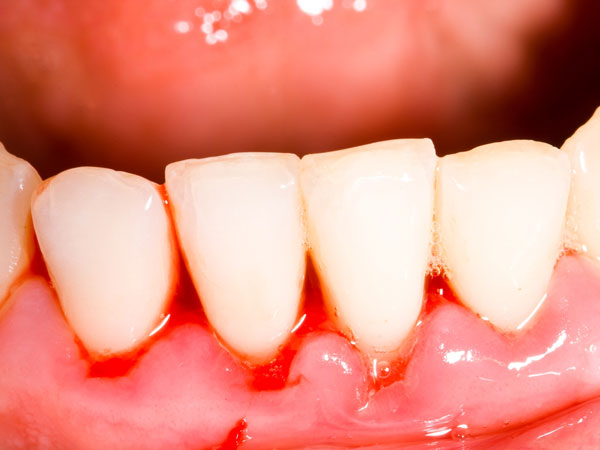 Gum bleeding could appear for many reasons and wouldn’t cure completely until you recognize or cure that cause of its roots! That’s why; dentists try to find out the real cause, behind the gum problems before jumping to the treatment. Mostly, bleeding gums or gingivitis occurs because of the insufficient plague removal from our mouth, but it also could get instigated by some other common reasons as well. So, let’s check out what could the reason behind bleeding gums, before applying any preferable remedy on it-

To get rid of bleeding gums and keep your gums far away from this disgusting illness, you need to follow some clever tricks along with home remedies. Let’s check out what they are- 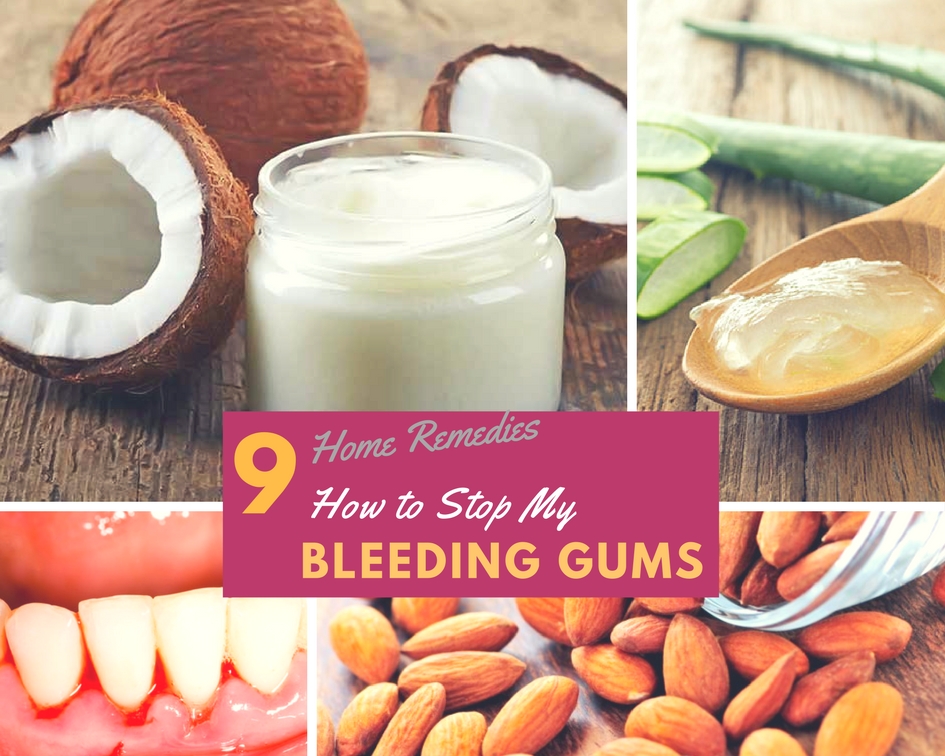 If bleeding persists for few days book an appointment with your dentist. Sure leave your comment, about your experience and how it went with home remedies.