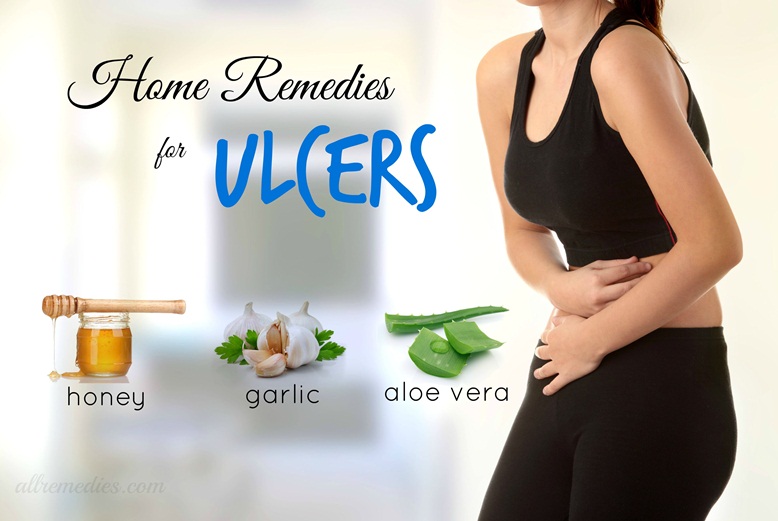 A stomach ulcer is an aching sore that occurs in stomach lining or intestine as the sign of peptic ulcer diseases along with some others stomach diseases. This illness hits our stomach while the thick layer of mucus is getting reduced and permitting the digestive acid to erode at the lining tissues of the infected stomach. This disease actually could be cured easily, if you follow the right procedure. Before consulting any doctor about this illness, you can try out these below-mentioned home remedies once, to treat stomach ulcer in a fee-less way! Let’s take a look on that along with its causes and symptoms as follows-

How to stop stomach ulcer pain

Aloe Vera contains numerous beneficial healthy properties in its every bit as we all know, thus, this plant performs to cure numerous diseases with just one or two strokes! A curing stomach ulcer is one of the brightest endeavors of this product. Aloe Vera contains polysaccharides, amino acids, tannins, enzymes, sterol and lipids along with loads and loads of water which work superbly to on irritation or inflammation of both outer skin and intestine system. Consequently, this element acts tremendously to heal the gastric ulcer and stomach ulcer in an organic natural way.

As you can use Aloe Vera to control ulcer internally and to heal the inflammation of stomach thus, several health experts recommend this product to cure this illness for a swift result. This plant could work in a juice form to cure stomach ulcer, thus doctors prescribe to drink at least 100ml Aloe Vera juice twice a daily to get the best outcome. Aloe Vera juice not only helps to reduce the inflammation but at the same time, work for the other irritation symptoms of stomach ulcer like nausea, bolting, insufferable stomach pain, etc.

Coconut oil is another functional product to work against numerous infections and diseases in our internal and external body parts. This product is extremely effective and completely side-effect free thus, applicable for any aged people. Generally, stomach ulcer occurs for the H. pylori bacterium attack and gradually reflects back as heartburn, gastric ulcer, gastric cancer, etc. deadly diseases. Coconut oil helps to combat all of these illnesses along with their symptoms too.

Coconut oil enriches with anti-ulcer properties that wonderfully perform to heal the inflammation and cure the disease of the stomach. You can take one tbsp of raw coconut oil in the morning and before bed for one week to get the most rapid result of this treatment. People, who can’t drink coconut oil, could drink coconut milk or water as well to get the same result. Though these things work a little slower than coconut oil, to heal the stomach ulcer!

Cabbage can do a miraculous work to treat the stomach ulcer in a swift way. Cabbage is one of the most medicinal veggies around that not only gives you a rapid relief from stomach irritation but at the same time provides you the best natural remedy ever! The magic element of cabbage is called antiulcer U-factor that works so spectacularly against the diseases.

The patient should take raw cabbage juice twice a day to get rid of the stomach swelling because this raw juice contains an extraordinary track record in serving people with the peptic ulcer. Several types of research have been proven that how this one single component could heal or wipe out the inflammation of stomach ulcer within only 10 days!

The multiple properties of ginger root stimulate a boost in digestive juice and gradually reduce the stomach irritation and heartburn burping. You can take ginger various forms like root powder, ginger juice or ginger tea, etc. in a day to treat the stomach ulcer; but remember not to take ginger remedies in empty stomach otherwise it may lead you an unfortunate over inflammation outcome at the end.

Honey is that one particular element, which works for vigorous treatments because of its high intensity of carbohydrate and healing capacity. This item performs as the commonest conventional ulcer treatment alternatives as well. Some certain varieties of healthy properties in honey work more professionally to cure the stomach ulcer more effectively than any other natural remedies.

The glucose oxidase and enzyme properties in raw honey produce enough quantity of hydrogen peroxide that kills any kind of harmful bacteria in our internal body. Thus, this way honey wipes out the possibility of ulcer from our stomach. Take two tbsp of raw honey daily if you are already infected by the diseases and eventually reduce the quantity from two to one tablespoon after you feel a bit relief from the inflammation.

Green tea keeps the ulcer away from your stomach in a natural and healthy way. Apart from its numerous good effects, green tea surprisingly acts to combat the H. pylori bacterium in your stomach and helps to run the intestine system properly.

Green tea contains some beneficial chemicals which are called catechins that demonstrate an applauding antibacterial activity against numerous bacterial attacks. To get this treatment takes at least one cup of green tea in a sugarless condition on a regular basis, and within a week you will see the difference in your stomach and its ulcer-related symptoms.

Generally, peppers leave a bad effect on stomach infection or any kind of inflammatorily feeling of the intestine but, Cayenne pepper is that one specific pepper which actually can work to cure the ulcer of our stomach! Though people, who are suffering from the stomach ulcer disease, are strictly prescribed to avoid any sort of chili based food yet, cayenne pepper bases spicy food could truly have a positive effect on ulcer!

This pepper from capsaicin species is another skilled component that effectively destroys the harmful bacteria that could infect our stomach lining counting H. Pylori. If you take this pepper in your food daily during the ulcer illness, this product will lead you towards an ulcer-free healthy stomach soon after reducing the producing capability of acid in your stomach.

Apple cider vinegar is another mentionable product that could assist you in the prevention of stomach ulcer in an effortless way. If you are looking for a simple yet effective treatment for your stomach inflammation at home, then try out this product in a simple method and keep your belly completely ulcer or any type of damage free for the rest of your life!

All you just need to do is that take one tbsp of organic apple cider vinegar and combine ½ tbsp of baking soda into it. After resolving the soda inside the vinegar, add this mixture in 8-ounce of fresh and filtered water and stir again. Finally drink it up quickly and do this process once a day to get rid of the inflammation of stomach soon. You can also take this element with one glass of lukewarm water instead of baking soda.

Juice is a very effective product to get a relief from the constant inflammation of stomach during the stomach ulcer disease. Generally, sufferers experience an insufferable inflammation or irritation of their stomach and any kind of spicy food or fries could burn that sensation out during that period! But, only a cup of juice of fresh fruits or vegetable could magically relief them from that disgusting feeling in an instant way. Juice or especially cool juice bath the wound and lends a hand to heal the ulcer in a gentle manner. Banana, cabbage, carrot, broccoli, melons, etc. are some greatly effective fruits which treat the stomach ulcer with careful methods.

Have stomach cramps to try these home remedies.

Well, diet is definitely necessary to treat the ulcer wisely and a proper way, otherwise it may drive you towards the deadly gastric cancer, gradually! When you are already suffering from the unbearable burning sensation inside the stomach then, it is superfluous to say that avoid any kind of spicy or oily food and go for only some healthy foodstuffs like fresh fruits, vegetables, raw juice, organic products, carbohydrate based food, fat-free food, whole-grain food, lean meats, fresh fish, nuts, sprouts, and a few healthy fats like olive oil, canola oil, etc. Wheat bread, cereals, pasta, and brown rice are much beneficial among the other whole grain foodstuffs in this endeavor.

Exercise or yoga could help wonderfully to control or heal the peptic ulcer in an ancient way. Yoga therapy works since long periods to control the digestive disorder and cure the irritation of inner inning of the stomach. There are several yogas in the list, which is working greatly to cure the disease and these postures even work more efficiently to wipe out the inflammation more easily! Dhanurasana Swing is the best one among them to combat the stomach bacterium in an external process. In his posture, you need to bend the keens and hold the ankles by the palms after lying in a reverse way. To know more yoga, check the yoga website on the internet.

To diagnosis the illness of stomach ulcer, you need to get an X-ray of your stomach. For taking the X-ray of the stomach, you have to drink a thick white liquid first which is called barium enema. After completing this process you need to jump to the next step of diagnosis that is called endoscopy.

To do the endoscopy, a patient needs to open his or her mouth out load first. Then, a thin lighted tube is inserted through the mouth and into the stomach to look for the occurrence of the ulcer inside the stomach.